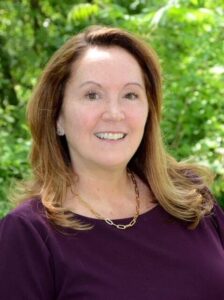 Denise Murphy McGraw is a native of Merrick, Long Island.  She received her Bachelor of Science Degree in Political Science from the State University at Brockport in 1989, and is a 2001 graduate of the US Chamber of Commerce’s Institute of Association Management at the University of Charleston in South Carolina.

Prior to joining Hill, Gosdeck and McGraw, Denise held a variety of positions within state government, trade associations and at one of the largest employers in Upstate New York.  She was legislative director for Assemblyman Joseph D. Morelle of Rochester and was responsible for the legislative advocacy related to one of the most significant business tax cuts in state history.  During her tenure as executive director of the Chamber Alliance of NY, she helped develop the strategic plan that transformed the organization into one of the largest state-level trade associations for chambers of commerce in the United States.  Denise also helped author a law to make health insurance more accessible for New Yorkers working in small businesses.  Most recently, she was instrumental in securing the first medical fee schedule increase for the NYS workers compensation system in more than 16 years, ensured passage of legislation regarding authorized settings to employ licensed mental health professionals and increased state aid to community colleges.

In 2007, Denise was elected to the Association of Junior Leagues International board of directors, the organization’s governing body representing almost 200,000 women in 293 communities throughout the United States, Canada, Mexico and Great Britain.  She has founded the award-winning “Operation Back-to-School”, a program in which the Junior League of Schenectady and Saratoga Counties has adopted at least one elementary school each of the last seven years and provided students with backpacks filled with all the school supplies they will need for the year as identified by their teachers.  To date, this program has served more than 8000 Schenectady school students.  Last year, the program was expanded to include the Smart Scholars program – a collaboration between Schenectady County Community College, Schenectady High School and the Bill & Malinda Gates Foundation.  She has also been instrumental in launching the League’s Kids in the Kitchen program, an effort to combat childhood obesity.

In 2008, Denise chaired the Presidential Search Committee for Schenectady Community College.  She led a team of 18 college and community leaders to help recruit and hire Dr. Quintin Bullock as SCCC’s first new president in more than 17 years.  She also chaired the Presidential Inauguration Committee, which planned and implement the successful campus and community celebration for Dr. Bullock and the college.

As chairwoman of the SCCC Board of Trustees, she has worked with the president to launch a new $12 million student housing initiative, a downtown campus and an $8 million state-of-the-art music education building.  She also secured the donation of a new building in downtown Schenectady which will help the college increase their economic development and job training scope and outreach.  In addition, she has expanded SCCC’s service territory into Albany County and led efforts to increase the state share of aid to community colleges by $150 per FTE as chairwoman of the Advocacy Committee of the New York Community Colleges Trustees.  Her work at SCCC has been rewarded with a Trustee of the Year Award from the New York State Community College Trustees and a leadership position with the American Community College Trustees.

Denise, her husband David, and their daughter Caroline, live in Niskayuna, New York.