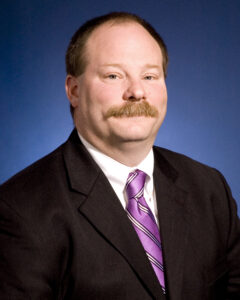 Frank Patrick Nemeth was born in Buffalo, New York on March 17, 1965.  He was educated in a parochial elementary school in a working-class neighborhood in the City of Buffalo.  A 1983 graduate of Canisius High School, he went onto to receive a Bachelor of Arts Degree from Canisius College. Upon graduation from college, he held several entry-level jobs in the Buffalo area.

In 1990, he moved to the State Capital of Albany, New York, to accept a position as a public information officer with the New York State Department of Motor Vehicles.  One year later, the Governor of the State of New York, Mario M. Cuomo, hired him to work in the Scheduling Office.  In the course of the next four years, he held the position of Special Assistant to the Governor and Deputy Director of Scheduling to the Governor.  Duties included traveling throughout New York State and setting up public and private events for the governor as an advance person.  Highlights from that tenure include traveling with the governor throughout the East and Midwest when he campaigned for and with Presidential Candidate William J. Clinton in 1992.  Upon being promoted to Deputy Director of Scheduling in 1993, he was charged with developing and coordinating the governor’s daily schedule.  This included working with the communications and program staff to develop overall message, theme and strategy regarding policy and state government that his public schedule would then help to highlight.  It also required coordinating travel and security issues with the respective state agency’s that were charged with these areas.

From 1995 until 1998, he worked with both Albany County local government, as well as the New York State Senate Democratic Conference.  While in the State Senate, he worked in the Minority Information Services unit, which coordinated press and message delivery to regional areas throughout the state.  Charged with overseeing the Long Island region, he would work with local elected officials as well as interested parties on coordinating message delivery and issues collaboration.

In 1998 he joined the administration of the Mayor Gerald D. Jennings of Albany, New York.  First, he served as Special Assistant to the Commissioner of Youth and Recreation Services.  In that capacity, he worked with the Commissioner to reconstitute the agency, which was comprised of two formerly separate agencies, into a modern full-service youth agency that not only awarded grant monies and offered a myriad of services, but also now had a number of new checks and balances created under the new administration and by the initiative of the Mayor. Following re-constitution of the agency, he was transferred to the Albany Community Development Agency as Deputy Director. While there, he was charged with creating and then serving as Director of the Albany HomeStore, a one stop shopping place for home ownership in the City of Albany.  First, in creating the HomeStore and then serving as its director, he was assigned the task of getting all resources in the Albany region that dealt with home ownership under one roof in an Albany City storefront to promote home ownership within the city.  Partners included banks, mortgage companies, credit counselors, as well as other organizations in the area of housing issues. While there, he worked with the mayor to create ADAP (Albany Down Payment Assistance Program) a pool of money that was used to promote ownership by offering low interest, no interest down payment assistance for individuals that bought residential property and established residency in the city.

In 2001, he joined the staff of newly appointed New York State Assembly Majority Leader Paul A. Tokasz.  For the next four years, he worked to assist the Majority Leader as he led the Democratic Conference of the Assembly and ran the day-to-day operations of the house. While in the service of the Majority Leader, he served as a liaison to the labor community and to many individuals in the transportation industry.  Additionally, he also assisted the leader in dealing with the other members of the house and their staffs, as well as serving as a liaison to local and statewide elected officials.  He also traveled frequently to Western New York to the region where the Majority Leaders district was located to work with local officials and public interest groups on a variety of issues of importance.

The State Chair of the New York State Democratic Party asked him to serve as its Political Director in December of 2004, where he served in that capacity until January 2007.  In 2005, he worked with the state party to help elect local officials throughout New York State, including the Mayors of the four upstate large cities of Buffalo, Rochester, Syracuse and Albany.  In 2006, there were races for all statewide offices at the state level and for the re-election of the junior US Senator from the state.  Also, all members of the New York State Congressional delegation were up for election.  He was involved in coordinating efforts with the State Party and all campaigns.  Additionally, he was a major coordinator and planner for the 2006 New York State Democratic Committee’s State Convention in May of that year.  Following the convention, he worked closely with the statewide campaigns as well as many of the congressional races on all levels. For the first time in decades, the Democrats in New York State hold all statewide seats and picked up three congressional seats in Congress, therefore assisting the National Democrats in regaining control of the US House of Representatives.

Frank is married to Nancy L. Nemeth, a native of Rockville Centre, New York and they have two children, a daughter, Victoria and a son, Donald.  They reside in Guilderland, New York.